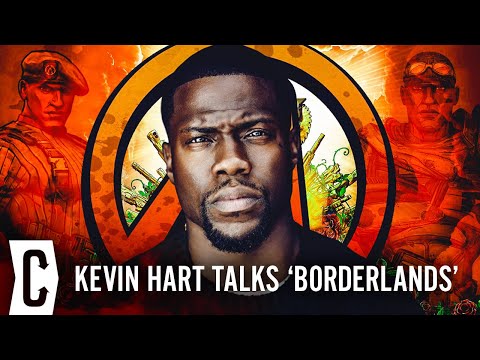 From Comedian to Action Hero

Kevin Hart has received a lot of criticism for his role as Roland in the Borderlands movie. He is known as a comedian and not an action hero. During the Gearbox Entertainments E3 showcase, Randy Pitchford walked up to Kevin Hart and interviewed him behind the scenes on the movie set. Kevin expressed that the audience has no idea what he has been through to prepare for the role of Roland.

On Kevin Hart’s social media you could already spot photos of him working out really hard. The guy has good physic.

Kevin mentioned during an interview with Collider that he had trained with the Navy SEALS to prepare for this role. He got really good with weapons and hand-to-hand combat.

Kevin Hart also mentions that the movie is going to be like nothing you have ever seen. He says; “It looks like the game”.

If I take this literally and they are taking the same approach as the games then I’m expecting some kind of paint filter and black outlines to mimic the art style of the game. The Vladof Infinity gun that was shown during the E3 showcase also had some black lining on it. This kinda makes me think of the movie A Scanner Darkly with Keanu Reeves. Although, I do get a more GTA vibe from that art style.

Tiny Tina does her own stunts in Borderlands Movie
September 21, 2021