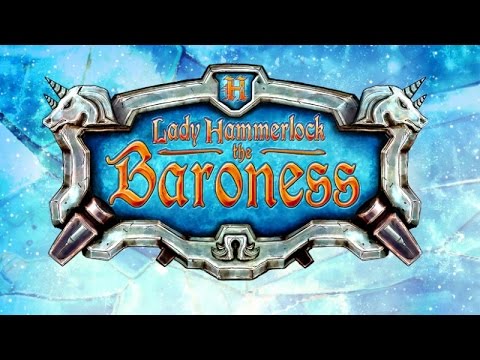 On the Gearbox Panel at the main theater at PaxSouth Gearbox Software showed off the Lady Hammerlock DLC. This is the Third DLC that’s part of the Season Pass. The first DLC was a new playable Vault Hunter; Jack the Doppelganger. The second DLC was the Holodome. A fighting arena where you take on waves of enemies. This second downloadable content also included a Level cap upgrade.

This DLC Pack contains another playable vault hunter for Borderlands the Pre-Sequel. Her name is ‘Aurelia’ and her class is ‘the Baroness’. She is the sister of the wildlife hunter from Borderlands 2, Sir Hammerlock.  Aurelia is the heir to the Hammerlock family fortune. As she got bored of riding a hoverbike down the endless halls of her Turbomansion, she made her way to Elpis. As the Turbomansion maybe got cold she is fired up for some violence. Bringing her expensive gun and experimental Cryo diadem.

Lady Hammerlock’s action skill is named  Cold As Ice. This will let her throw out a Frost Diadem Shard that seeks out enemies. The Diadem attaches itself to the enemy and will deal constant damage. When the enemy dies the shard will move on to the next enemy. Aurelia’s 3 skill trees are:

The Lady Hammerlock DLC will be released on  January 27, 2015, on PlayStation 3, Xbox 360, and Steam. If you are getting Borderlands the Handsome Edition, this downloadable content will also be part of that bundle.