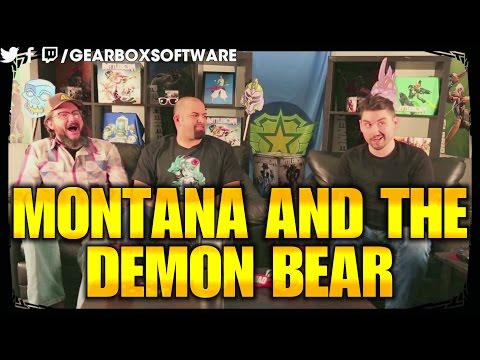 Thursday, January 26, Gearbox Software did another Battleborn live stream and they showed off the next Story Operation, Montana and the Demon Bear, that will release on February 2.

Possibilities for the future

Daily quests roll over to the next day if not completed.
No credit towards quests if you don’t complete the match.

1200 calories per serving for Battlepops – Gearbox had no Gummy Bears left.
Download the Battlepops boxart.
Designed  by  Seung Kim