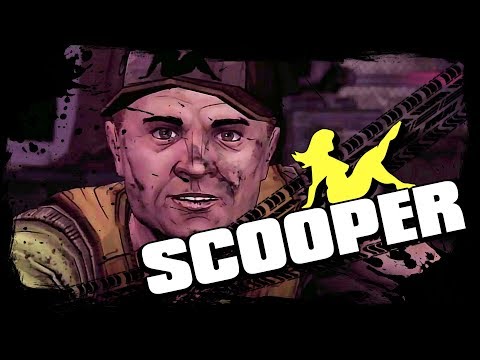 Although no official platform has been announced there was something mentioned about this in the  Take Two financial reports, as a completely new Borderlands game is in development and is built specifically for the next-gen consoles (Playstation 4 & Xbox One).

Obviously, there is going to be another Borderlands, a Borderlands 3 but before cautioning, we don’t even know if we’re going to call it that.

Randy wanted to tell something about the next Borderlands, however, the 2K Games staff needed to cover their ears. Although there were no shocking reveals, it turns out that Scott Kester will be Art Director for Borderlands 3. Scott was also Art Director on Battleborn and designed the Vault Hunters from Borderlands 2.

Mikey Neumann will be writing the script for this new installment. Mike helpt with the writing on the first Borderlands and does the Voice of Scooter. After the events of Tales from the Borderlands, it was suggested to Mikey that Scooter could have a son and would be named Scooper. Therefore, Mikey spoke in some dialogue like Scooter and pitch-shifted the voice a few pitches up which resulted in a funny chipmunk voice. But we have to wait and see if this will ever make it into the game.

As the development of Battleborn DLC is still in production, Randy Varnell teamed up with Brian Thomas to see if they could add some Borderlands 3 easter eggs into the DLC Packs.