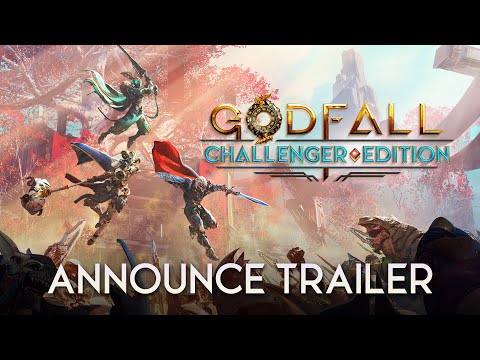 Godfall Challenger Edition is the most accessible version of Godfall to date. Counterplay Studios wanted to provide a way for you to jump straight into the action with your friends, getting immediate access to Godfall’s most exciting features right from the start: the endgame and creating powerful, exciting builds. The new players that are joining Godfall through the Challenger Edition will be able to play with existing players with the base game content, so be nice and show them the way!

If you have the Challenger Edition, you will not have access to the full range of Godfall activities; Story Missions, Hunts, and Explore the Realm activities are part of the full version of Godfall and can be easily unlocked and played through by upgrading to the Deluxe Version in your platform store, which also includes the Fire & Darkness expansion.

Challenger Edition owners won’t be the only ones with immediate access to endgame content, however; owners of the full game will also be able to create new characters at level 50 OR boost existing characters under level 50 to the level cap. All characters reaching level 50 in this way will receive a set of level-appropriate gear to jump right into endgame content.

All players now have access to Quests, a new set of goals to pursue and obtain powerful rewards. Quests can be accessed via the Personal Menu.

Each quest rewards three different versions of the same legendary item to pick from, each with different stats that fit different playstyles. However, you can better target your rewards by duplicating an existing item and receiving one of three new rolls of the existing item. Replacing rewards in this fashion retains any item mutations (Cursed, Primal), making it easier than ever to chase the perfect version of an item for your builds.