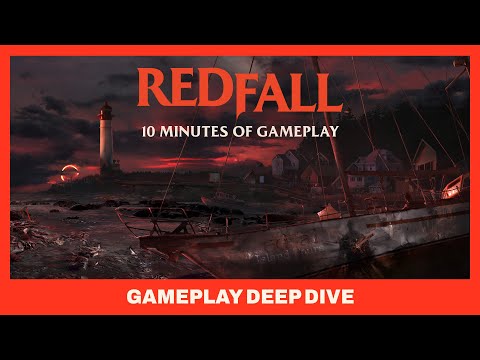 Xbox and Bethesda presented a ‘Developer_Direct’ on Wednesday, January 25, 2023, in which they showcased their games that are coming to Xbox, PC, and Game Pass over the next few months. Redfall is one of the games that was featured during the presentation.

In the video above, you get a deep dive into the game as Arkane Austin shows off the world, a few missions, the Main Characters, Nests, Safe Houses, Enemies, and LOOT!

There is a lot of cool stuff in Redfall. I have made comparisons with Borderlands 3 but while there is an overlap, Redfall very much does its own thing.

The Nests are definitely a thing I’m looking forward to. If Arkane Austin knocks it out of the park with this, Nests can really be cool end-game content.

Reclaiming Safe Houses sounds really cool but what I’m curious about is the skull key that you obtain after defeating the neighborhood Vampire. Because this grants you access to a Red Door that kinda looks similar to the Blue Nest Door. Can you farm these Neighborhood Vampires and do they act as currency to fight a repeatable raid boss as you visit a Vampire God?

I’m looking forward to playing Redfall when it releases on May 2, 2023!