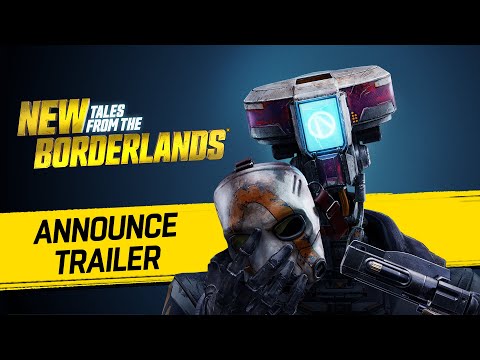 Gearbox Software and 2K Games just premiered the New Tales From The Borderlands at Gamescom 2022.

New Tales From The Borderlands is a narrative-driven adventure where your choices determine the story. You will decide the fate of three underdogs on the worst day of their lives as they face down a planetary invasion, vicious vault monster, and cold-hearted capitalist.

New Tales From The Borderlands is developed in-house by Gearbox Software with the Quebec studio leading the development.

You will decide the fate of the altruistic scientist Anu, her ambitious “streetwise” brother Octavio, and the fierce, frogurt-flinging Fran in New Tales From The Borderlands.

Your decisions will determine how their story unfolds in unexpected ways. Whether it’s Anu’s vision of a universe that markets more than weapons, Octavio’s dreams of fame and fortune, or Fran’s frosty plot for revenge, their success or failure depends on you.

If you pre-order the Deluxe Edition on Xbox, Playstation, or PC, you will receive the original Tales game immediately. Which is really cool if you haven’t played the original game. Sadly, this early access feature isn’t available on Nintendo Switch. There you will get it on the day New Tales From The Borderlands Releases.

When you purchase the Physical Deluxe version, the original Tales Game is still a digital download. So keep that in mind.

I have been waiting for a new Tales From The Borderlands game for years. Gearbox Software hired some of the Telltale devs when that studio went out of business. So, I’m happy to see it’s finally revealed.

Fran’s Tattoos are actually very cool. You got all these over-the-top and colorful designs. A ginger cookie with a broken leg and angel wings, a cupcake with various lollies sticking out, and more.

A tediore invation, A TEDIORE INVATION !!! Their spaceships look like their guns, but some look like carriers with multiple pods.

The Atlas spaceship reminded me of a Star Destroyer from Star Wars but this Atlas version looks really cool.

Seeing those Tediore soldiers being teleported to the streets of Promethea was awesome!

So, I’m excited and curious to see what this adventure will bring us.