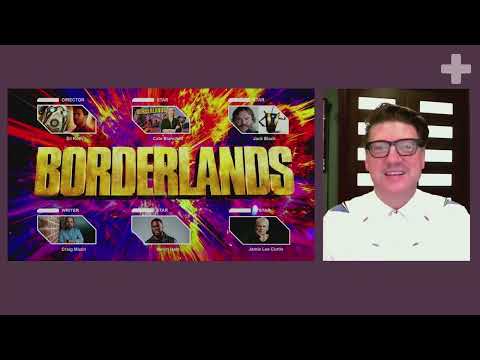 Randy Pitchford was one of the key speakers during the Embracer Group Annual General Meeting FY 21/22. There he gave a presentation about why Gearbox joined the Embracer Group but also gave insights into their various departments, goals, and successes.

Randy stated that Tiny Tina’s Wonderlands shattered all of its targets and expectations both critically and commercially. He is thrilled to announce that Gearbox now has a new franchise in its hands and that there are already future experiences in development.

The statement of new Tiny Tina’s Wonderlands experiences leaves me wondering what Gearbox Software is actually developing because the language that Randy used is very broad.

It can mean that there is new downloadable content in development for Tiny Tina’s Wonderlands or they are already working on a sequel; Wonderlands 2.

The current Wonderlands Roadmap doesn’t have much on it. We can expect the usual weekly rotations and mini-events.

A second Season Pass is possible, however, the first one wasn’t received all that well by the dedicated community. If they are working on more DLC for Tiny Tina’s Wonderlands, I hope they will deliver big story campaign add-ons as they did with previous Gearbox games.

Tiny Tina’s Wonderlands 2 could be possible. There was nothing really wrong with the base game. A sequel that lets us tag along with one of Tina’s adventures sounds good. But the end game can use some love and attention as that’s what lacking in the current game.

I would love to see Tiny Tina’s Wonderlands get some more love because it has a lot of potential for the dedicated “Borderlands” players. But they have to win our hearts over because the Season Pass content left a bad taste in our mouths.

I don’t mind waiting for Tiny Tina’s Wonderlands 2 but I wonder how this will line up with the development of Borderlands 4. I think Gearbox shouldn’t cannibalize their own community by releasing these games side by side.

Let me know what you would like to see.