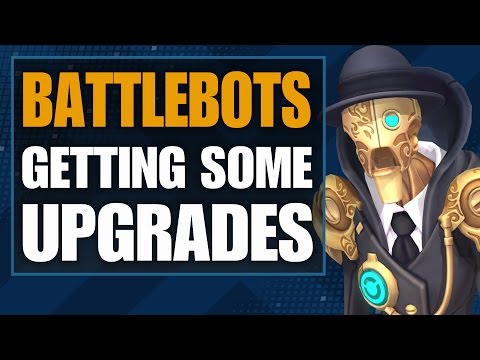 When my Kid ultra ability trailer launched some of you might have already noticed it but i’m throwing it out there. The Kid Ultra Gameplay footage that 2K Games send me maybe revealed a future improvement to Battleborn ? If you take a close look at the co-op buddies during the gameplay footage you will see that they don’t have a gametag above their head with the health gauge. We clearly see that the name of the hero is displayed, the only other place we see this in the game is with CPU Bots. So will the bots in Battleborn get an upgrade so they are also able to function with in the story missions ? This gameplay footage does point towards that but is Gearbox going to invest such big change to the game at this state of the game ? If we look at the previous patch we do see that Gearbox invested a lot in the game. These weren’t simple balance updates to the characters, some heroes got some rework. But the most noteworthy is the fact that they changed the collision detection in the game. Friendly players can no longer body block you and while this sounds like an easy switch it actually requires a lot of coding throughout multiple systems.

It is possible for  Gearbox Software to update the code for the bots. It was mentioned that the next update patch will even be bigger than the previous October patch. A requested feature during the development of Battleborn was having bots in the story mode.  This was never confirmed as it was a tricky thing to do and they didn’t knew where they would land with having bots in the game or not.