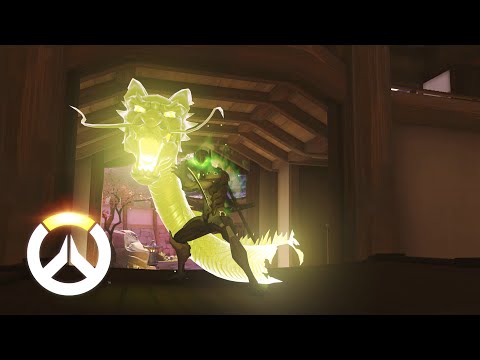 The former son of the master of the Shimada ninja clan, Genji was almost slain in a disagreement with his brother Hanzo over their family’s illegal businesses. On the brink of death, Overwatch saved his life by putting him through an extensive process of cyberization in exchange for his help in their operations against his family’s empire. Once repulsed by the mechanical parts of his body, Genji has made peace with himself, and in doing so has discovered a higher humanity.

Genji’s new form enhanced his natural speed and agility and enhanced his superlative ninja skills. His main weapons are his arsenal of precise and deadly Shuriken, and his katana, which he uses to deflect incoming attacks. He utilizes his augmented abilities to climb walls, double jump, and deliver dashing Swift Strikes that leaves his foes bleeding. When the time comes for Genji to unleash his blade, he summons the dragon and can cut down enemies with a single slash.