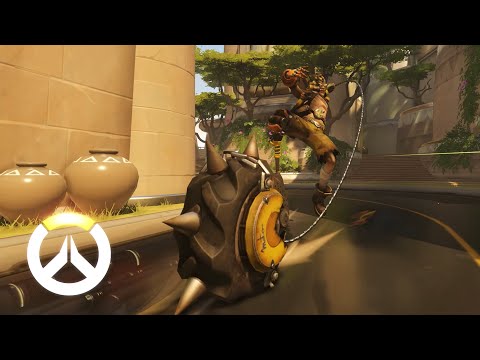 Junkrat is an explosives-obsessed freak who lives to cause chaos and destruction. A former member of a group of anarchistic scavengers known as the Junkers, he’s now embarked upon an international crime spree with Roadhog, leaving nothing but havoc and bedlam in his wake.

Junkrat excels at area denial. His arsenal includes a Frag Launcher that lobs bouncing grenades, Concussion Mines that send enemies flying, and Steel Traps that stop foes dead in their tracks. But his favorite toy is the RIP-Tire, a rolling bomb that drives across the battlefield, destroying everything around it when it explodes.