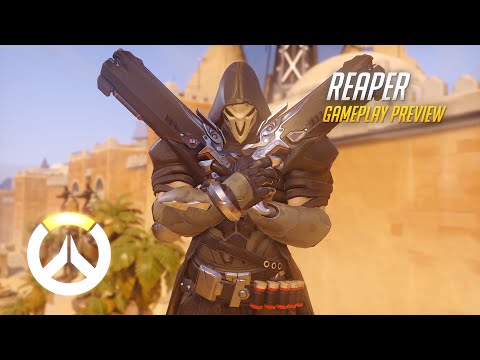 Watch 1080p HD game footage of a early version of Overwatch with unedited gameplay. Where Reaper appears, death quickly follows in this  match.  The game takes place on Temple of Anubis, a Point Capture map located on the enigmatic Giza Plateau. Reaper is on the offense  and shows of his skills in action.

Some speak of a black-robed terrorist known only as the Reaper. While his true identity and motives are a mystery, what is known is that where he appears, death follows. An extremely volatile mercenary, Reaper has been responsible for attacks across the globe, and some now believe he is hunting former Overwatch agents and systematically eliminating them.

With his twin Hellfire shotguns and ability to move unscathed through the shadows, Reaper is one of the world’s deadliest threats.