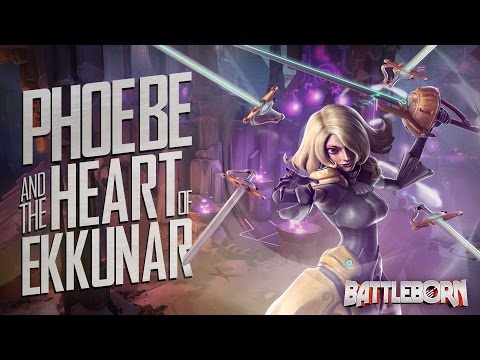 Why would the Battleborn venture into dangerous Aztanti ruins? FOR SCIENCE! Join the Battleborn in unlocking the mysteries of the Varelsi, the ancient Aztanti and the place beyond the portals in the fifth DLC Story Operation “Phoebe and the Heart of Ekkunar.”

Phoebe and the Heart of Ekkunar is the 5th Story Operation, in this dlc mission you go on a journey with Phoebe to the core of Ekkunar. We got a sneak peek of this DLC during the reveal stream and in the chat, the Creative Director hinted at a surprise at the 10th playthrough. Phoebe and the Heart of Ekkunar will be released on  Thursday, February 23 starting at 12 pm PT/3pm ET for all regions. Like the other Story Operation, you can unlock a ton of stuff

Each DLC Story Operation is available with the Season Pass or Digital Deluxe edition upon release or can be purchased individually from the in-game Marketplace for 700 Platinum.

Tags: Battleborn, Phoebe and the Heart of Ekkunar