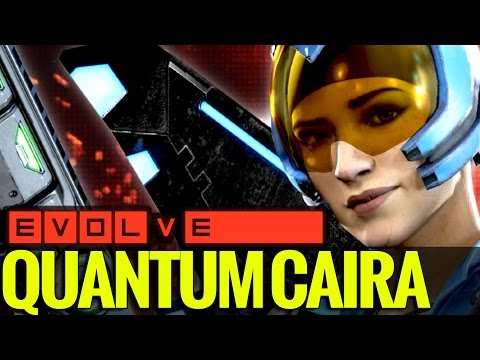 On July 7, Evolve smashed its way back onto our PCs with the re-launch of Evolve Stage 2, a completely revamped and free version of the addictive 4v1 monster-hunting shooter. From fewer than 200 players on PC prior to the re-launch to now more than 2-Million in less than one month, Evolve is making a monstrous comeback – and the folks at 2K and Turtle Rock Studios aren’t done yet! We’ve already seen one new Hunter added to the game, Electro Griffin, and today Gamepedia has exclusive information on another new hunter releasing tomorrow, Quantum Caira, and her powerful cosmic abilities.