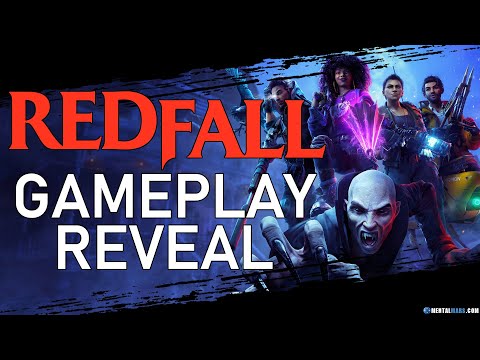 Redfall is a story-driven FPS that drops you into a town that is overrun by vampires.

Play solo or team up with three friends. There are four playable characters in Redfall each with their own personality and abilities.

The vampires are predatory monsters who feed on the vulnerable to make themselves more powerful. As they blocked out the sun and pushed the water away from the island, they turned the once-peaceful town of Redfall into their own personal playground.

There are also small armies of dedicated cultists that worship the Vampires and hope to join their kind. They are well-armed and have established bases and patrol routes all over the island.

The introduction area in this gameplay demonstration shows a creepy atmosphere. It’s almost as if you entered a horror game.

The playable characters look interesting. I noticed some cool abilities and the skill tree looks interesting. While having played a lot of Borderlands, I definitely see some resemblance to their take on the looter shooter genre.

I’m interested in how Arkane is going to execute this game. Dishonored and Prey are both great games.

The nests look like a bad fever dream where things blend together and don’t make sense. What’s up that giant heart?