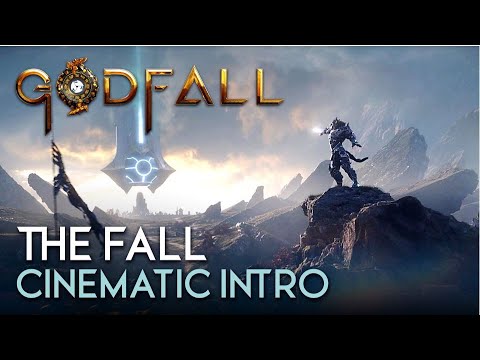 If I’d left well enough alone, Macros would still be bullying rivals and battling enemies. Instead, he’s on the brink of godhood and our civilization lies in ruins. But Macros forgets what he said to me that day: Gods belong in the sky.

This Godfall Cinematic Intro, called “The Fall” tells you about the backstory of the game. The events of this trailer seem to take place after the events described in the lore but before the events seen in the reveal trailer.

This spectacular cinematic sets up the main antagonist of Godfall. Throughout the game, you will be fighting your way through the monolith in order to defeat the mad god, Macros.

During your journey, you will have to go through various realms and defeat countless enemies.

Godfall launches on PlayStation 5 and PC via the Epic Games Store on November 12.