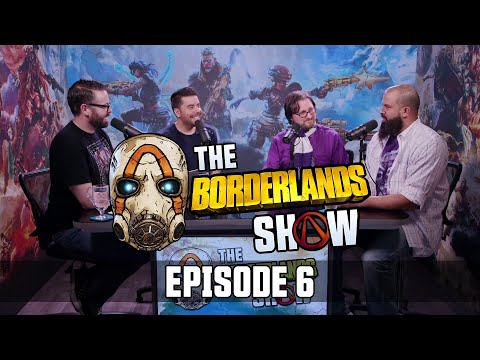 On March 24, 2020, there will be a new edition of the Borderlands Show. In episode 6 you will get an in-depth look at DLC2 “Guns, Love, and Tentacles: The Marriage of Wainwright & Hammerlock“. Also, Anthony Nickolson will join the show again and he will be talking about Mayhem Mode 2.0 and the new seasonal event, Revenge of the Cartels. Both pieces of content are scheduled for April on the Roadmap.

Update: Level Cap Increase and ECHOcast Update are also being talked about!

The Borderlands Show – Episode 7 with Matt Cox and Graeme Timmins
May 21, 2020