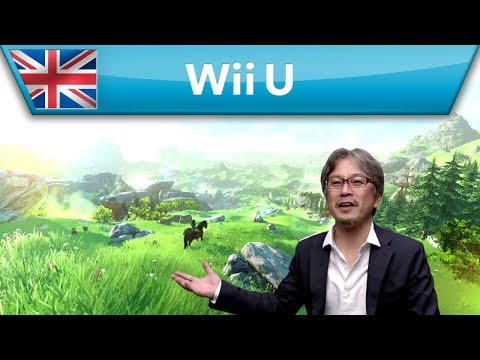 In this Developer Interview Eiji Aonuma, the director of the Legend of Zelda franchise, talks about the Zelda series and it’s roots. What is the Zelda formula, what started it and where did it bring us. Adventure and a open world to discover is one of those things, but as the consoles evolved it became harder to create one massive open world. With the next installment of the Legend of Zelda for Wii U Nintendo is aiming to bring back the vast open world. As the Developer Interview comes to an end Eiji Aonuma shows of the first ingame footage of the game. This new Zelda game has a anime look with cell shaded graphics. We look down over a peaceful landscape as an enemy rises from the background he starts to shoot at Link. With these laser impacting around the hero he escapes from these explosions on his horse, after a quick chase sequence the enemy jumps in front of the main character. Link jumps of his horse and strikes back with bow and explosive arrows.

Tags: The Legend of Zelda

The Legend of Zelda: Breath of the Wild Expansion Pass
January 14, 2017

The Legend of Zelda: Breath of the Wild – Nintendo Switch Presentation 2017 Trailer
January 12, 2017

The Legend of Zelda Wii U Overworld Update
December 22, 2014

First Look The Legend of Zelda Gameplay from The Game Awards
December 7, 2014