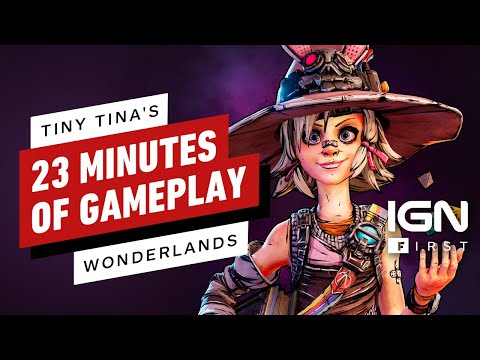 Watch as the Fatemaker (that's you) blasts and smashes through the world of Tiny Tina's Wonderlands in this uncut gameplay clip.

In IGN’s Hands-on Preview, you already have gotten a glimpse of Tiny Tina’s Wonderlands. However, now they posted a video containing 23 minutes of uncut gameplay. In this video, you get more of a feel for some of the NPCs and the Dragon Lord. While it says “Uncut” gameplay, there are a few cuts. The story moments have been removed from this video. Therefore, you only see the combat sections as the player goes from point A to point B. So mild spoiler but no major plot reveals.

I’m seeing a lot of things return that I already covered in the Hands-on Preview Breakdown.