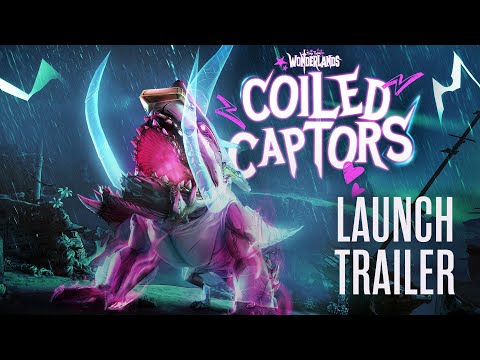 The Coiled Captor DLC will begin in Dreamveil Overlook where the fortune teller Vesper awaits you. There you will enter one of her Mirrors of Mystery which will teleport you to a wintery wasteland. You will need to seek out an old god and free it from its fleshy prison.

I really like the idea of an evolving boss fight where the boss grows stronger and gains new abilities. This is something that Gearbox Software did in Battleborn and I really liked it back then.

Coiled Captors is accessed via Vesper’s first Mirror of Mystery, which is found in the eerie Dreamveil Overlook, just outside of Brighthoof on the Overworld. The enemies within have a baseline level of 13, and will scale to your Fatemaker’s level beyond that.

Chum will change form on these set dates.