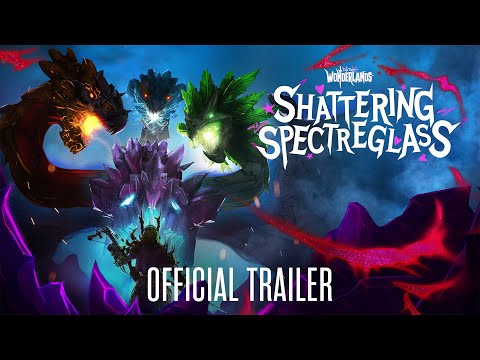 Shattering Spectreglass is the fourth Mirror of Mystery that can be found in Dreamveil Overlook. This mirror offers a window into Versper’s memory. It’s up to you to help Vesper escape her past and take on a mighty beast called Redmourne the Trivern.

Redmourne the Trivern is a winged behemoth that will challenge you in new ways as verticality will play a bigger role in this encounter. Redmourne will start off with one head in your initial encounter but more will grow back with each encounter. Each of the 3 heads will have its own elemental, Fire, Lightning, and Poison. The Body also looks like a head and could therefore be the frozen element.

As Redmourne the Trivern evolves each week, you will unlock new legendary loot. Redmourne will level up to its new forms at 9:30 AM PT each week.

You will unlock content for the Chaos Chambers when you manage to defeat Redmourne at least one time. Four unique level layouts and the Redmourne boss fight will be added to the end game to mix up the content.