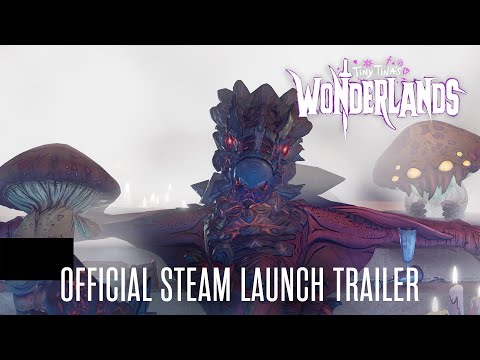 When Does Tiny Tina’s Wonderlands Release on Steam?

If you purchase Tiny Tina’s Wonderlands through my 2K Partner link, you don’t just get a great game but also support the site!

Gearbox is all about one-of-a-kind entertainment experiences – with Wonderlands that meant creating a new take on a familiar genre, Steam players are in for one heck of an adventure as they explore Tina’s off-the-walls imagination, and crossplay gives our fans even more ways to battle the Dragon Lord, no matter what platform they game on

For a limited time, Steam players will be able to pick up the game for a special Steam launch price, and
get the Golden Hero Armor Pack until July 7, 2022.

Can I transfer my Tiny Tina’s Wonderlands save data from EPIC to Steam?

Yes, you can manually move your save files from your EPIC save folder to your Steam save folder.

Copy Save Files and Duplicate them in the other Alphanumeric Folder that’s in your Saved Folder.

Tiny Tina’s Wonderlands was a Timed Epic Games Store Exclusive. Usually, publishers get a better deal from EPIC Games to launch on their platform first. This usually helps finance the PC release of a game. Gearbox Entertainment President, Randy Pitchford, doesn’t mind exclusivity deals as long as they are timely. Borderlands 3 was also a timed exclusive but instead of the commonly used 1-year exclusivity deal, Borderlands 3 was only an exclusive for 6 months. Tiny Tina’s Wonderlands only had a 3-month exclusivity deal.

Which version should you buy?

There are 2 versions of Tiny Tina’s Wonderlands available for PC. There is the Standard Edition and the Chaotic Great Edition. The latter comes bundled with the Season Pass.

Check here for a complete breakdown of both versions and which one you should buy.