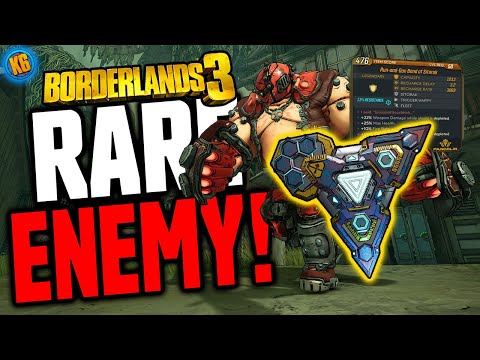 Borderlands 3 - RARE ENEMY - THE UNSTOPABLE drops the BAND OF SITORAK!

About the Band of Sitorak:

The Band of Sitorak is a Legendary Item in Borderlands 3. This Pangolin shield has a very low capacity, however, the recharge rate is insane. The Band of Sitorak gives you bonuses while your shield is depleted and your shield will go down pretty fast. The recharge delay isn’t too long and the recharge rate kicks it at full capacity in a second. So your shield back up in no time to take in that next hit. However, because the shield isn’t down that long, you don’t benefit much of the ‘bonuses while depleted’.

How to get the Band of Sitorak?:

The Band of Sitorak can be obtained from any loot source but has an increased chance to drop from the Unstoppable who is located in Ambermire on Eden-6.

The Drop Rate of the Band of Sitorak is 10%