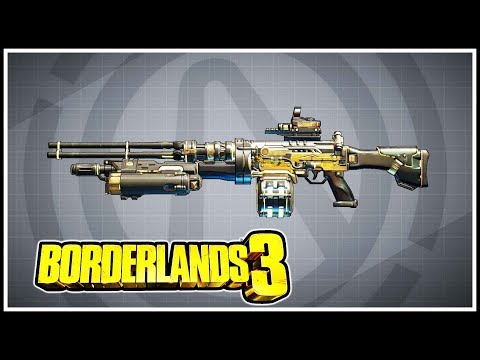 The Shredifier is a Legendary Weapon in Borderlands 3. This Vladof Assault Rifle does what it says, Speed Kills, because this Gatling gun has an extremely high fire rate. It Shreds through your enemies and your ammunition. while other Gatling guns need to spin up the Shredifier has almost no spool time. Because of the large ammo magazine size, you can burry your enemies in an avalanche of lead.

How to get the Shredifier?:

The Shredifier can be randomly obtained from any loot source but it has a high chance of dropping from Raging Titan who is located in The Slaughter Shaft.