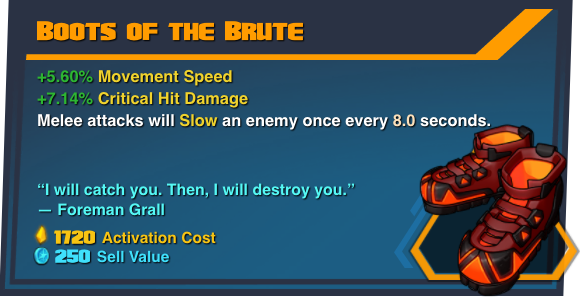 The Boots of the Brute is a legendary piece of Gear  that Increases the Movement Speed and Critical Hit Damage.

The legendary effect on the Boots of the Brute will slow enemies occasionally when you hit enemies with an melee attack.

How to get the Boots of the Brute ?

The Boots of the Brute can be obtained by defeating Foreman Grall who is the final-boss in episode 7 of the story campaign, The Saboteur. This piece of gear will only drop on Advanced difficulty.