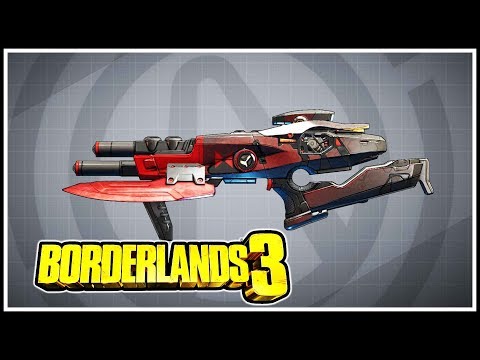 The Cutsman is a Legendary Weapon in Borderlands 3. This Maliwan SMG shoots out a projectile that splits into 2 orbs after a short distance. These orbs stay connected as an energy beam will make a connection between them. The weapon itself has a bit of a charge up and the projectiles move pretty slow, however, it compensates that with the width of the projectiles.

How to get the Cutsman?:

The Cutsman can be obtained from any loot source but has a high chance of dropping from Borman Nates who is located in the Merdian Outskirts on Promethea.

The Drop Rate of the Cutsman is 10%