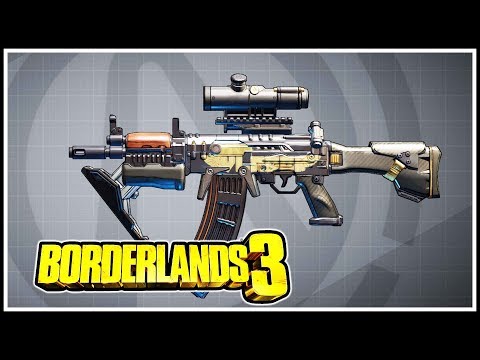 The Damned is a Legendary Weapon in Borderlands 3. This is a Vladof Assault Rifle with a Hyperion Shield that reflects bullets. Therefore you don’t have any underbarrel attachments that usually come with Vladof weapons. The Damned is a solid assault rifle, it has a decent magazine size but the reload feels a bit slow. It didn’t perform great on the higher Mayhem difficulties but recently received a buff that made it more viable.

How to get the Damned?:

The Damned can randomly be obtained from any loot source but has a high chance of dropping from Agonizer 9000 who is located in the Guts of Carnivora on Pandora.