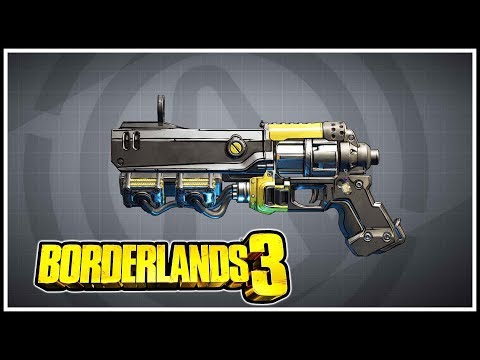 The Devils Foursum is a Legendary Weapon in Borderlands 3. This Torgue Pistol shoots 3 projectiles that spread out and then come together in 1 big explosion. It’s a pretty good gun but you have to get the distance between you and your target just right. You can aim for the floor as these projectiles deal a lot of splash damage. If you have a shield that’s immune to the element of the Devils Foursum you can even use this weapon at point-blank and bypass the self-damage.

“I love it when a plan comes together.”

How to get the Devils Foursum?:

The Devils Foursum can be obtained from any loot source but has a high chance of dropping from Psychobillies who are located in the Ambermire on Eden-6.

The Drop Rate of the Devils Foursumis 10%