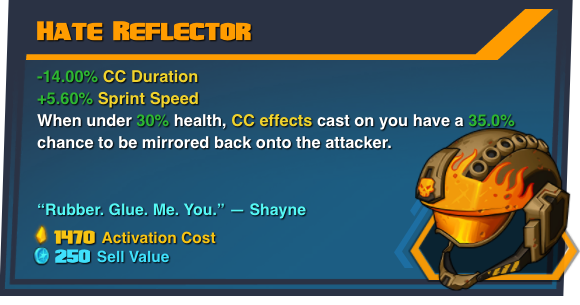 The Hate Reflector is a legendary piece of Gear  that reduces the CC duration and increases the sprint speed.

The legendary effect on the Hate Reflector will  have a good chance of mirroring the CC effect back to the attacker when your health is low.

How to get the Hate Reflector ?

The Hate Reflector can be obtained by defeating the Galactic Emperor who is the third mid-boss in episode 1 of the story campaign, The Algorithm. This piece of gear will only drop on Advanced difficulty.