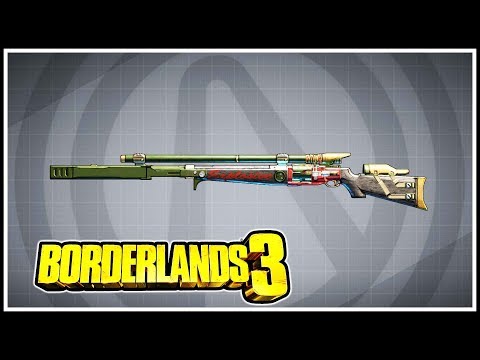 The Headsplosionis a Legendary Weapon in Borderlands 3. This is a powerful Jakobs Sniper that shoots explosive rounds that deal splash damage. When you manage to score a critical hit with this gun, then 3 bullets will ricochet to nearby enemies. While the Headsplosion has high accuracy it does suffer from low handling and fire rate. That said, it’s like the Borderlands 2 Cobra when you manage to hit your targets this weapon deals a lot of damage.

“That happens all the time.”

How to get the Headsplosion?:

The Headsplosion can be obtained from any loot source but has a high chance of dropping from King Bobo who is located in Voracious Canopy on Eden-6.

The Drop Rate of the Headsplosion is 15%