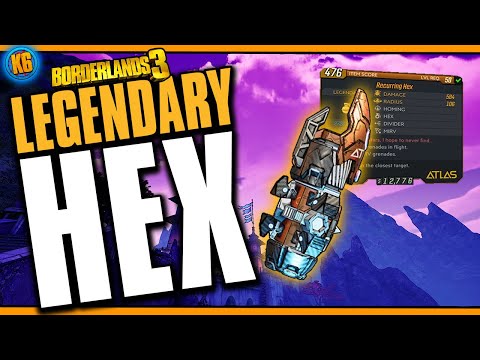 The Hex is a Legendary Weapon in Borderlands 3. This Atlas Grenade is one of the best Grenade Mods in the game. When thrown it creates an elemental coil that damages your opponents over time. While the HEX was “nerfed” it is still one of the highest performing frags in the game.

“Keeper of the stars, I hope to never find…”

How to get the Hex?:

The Hex can be obtained from any loot source but has a high chance of dropping from the Sky Bullies who are located in The Anvil on Eden-6.