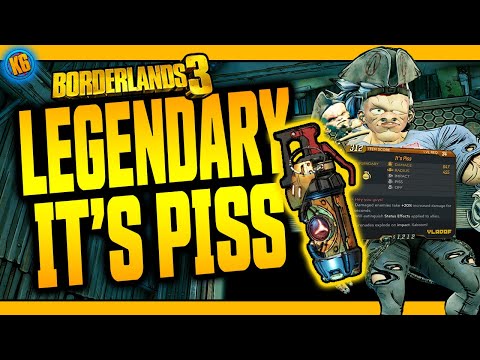 About the It’s Piss:

The It’s Piss is a Legendary Weapon in Borderlands 3. This Vladof Grenade Mod lets you mark targets and do bonuses damage to them. The  ‘It’s Piss’ can be a great grenade mod to speed kill bosses if all your damage is coming from your weapons. It could potentially also make for a useful co-op tool to cleanse your teammates from status effects during raid bosses.

The It’s Piss can be obtained from any loot source but has an increased chance of dropping from Sloth & Captain Thunk who are located in Konrad’s Hold on Pandora.