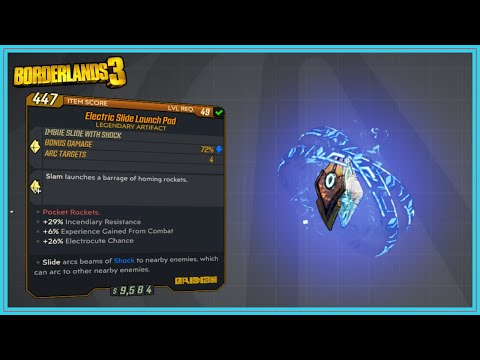 About the Launch Pad:

The Launch Pad is a Legendary Item in Borderlands 3. This Eridian Artifact has a pretty cool effect. Every time you perform a slam it will shoot out homing missiles into the sky. These will than locate a target and do a decent bit of damage.  Depending on the prefix on your launch pad you will gain additional bonuses.

How to get the Launch Pad?:

The Launch Pad can be obtained from any loot source but has a high chance of dropping from Red Rain who can spawn in the Slaughterstar 3000.

The Launch Pad will grant three of the following bonuses.