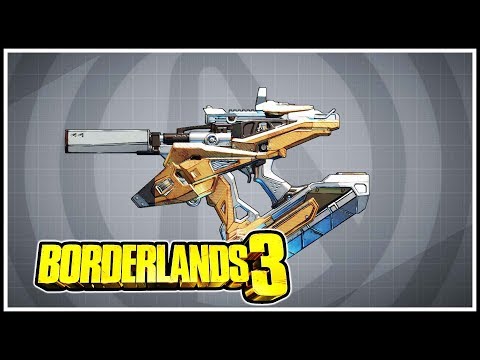 About the Predatory Lending:

The Predatory Lending is a Legendary Weapon in Borderlands 3. This Hyperion SMG has a gimmick to it. When you fire this gun, instead of it consuming your ammunition it will consume your cash money. While you are able to get this gun early on in the game, it’s not the best weapon to use early on as you are still grinding to get money. When you are swimming in cash later on this can be a fun way to spend your money. The weapon itself isn’t that powerful, so it’s more for the LOLs as you can see banknotes, coins, and green dollar signs spitting from the barrel when you fire this gun. It even makes an old cash-register sound when reloading.

None, Incendiary, Shock, and Radiation.

“Bullets are cheap, but not that cheap.”

How to get the Predatory Lending?:

The Predatory Lending can be obtained from any loot source but has a high chance of dropping from Lavender Crawley who is a Sir Hammerlock Crew Challange and is located in the Droughts on Pandora.

The Drop Rate of the Predatory Lending is 3.75% per Crawly Varkid Larva