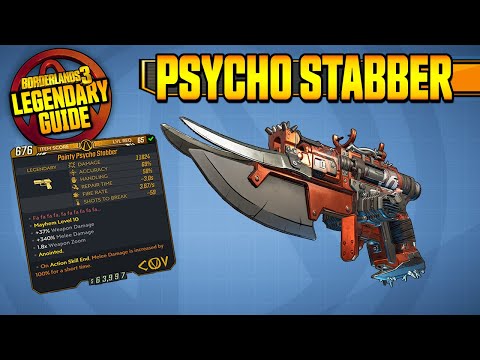 About the Psycho Stabber:

The Psycho Stabber is a Legendary Weapon in Borderlands 3. This COV Pistol shoots knives, which have a bit of a drop off as they fly through the air. The projectile damage on the Psycho Stabber is oke but due to the legendary effect, this gun shines when you use it as a melee weapon.

How to get the Psycho Stabber?:

The Psycho Stabber can be obtained from any loot source but has a high chance of dropping from Borman Nates who is located in the Meridian Outskirts on Promethea.

The Drop Rate of the Psycho Stabber is 10%