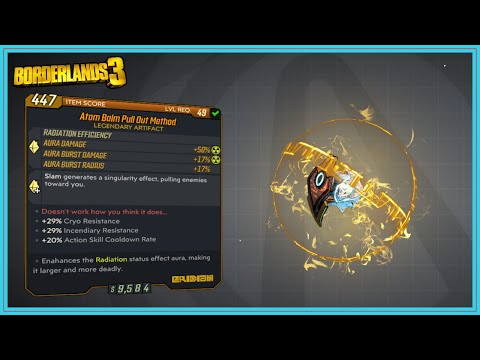 About the Pull Out Method:

The Pull Out Method is a Legendary Item in Borderlands 3. This Eridian Artifact will generate a singularity every time you perform a slam. Besides pulling in enemies this artifact can drop with various additional boosts depending on the prefix.

“Doesn’t work how you think it does.”

How to get the Pull Out Method?:

The Pull Out Method can be obtained from any loot source but has a high chance of dropping from DJ Deadsk4g who is located in The Splinterlands on Pandora.

The Pull Out Method will grant three of the following bonuses.