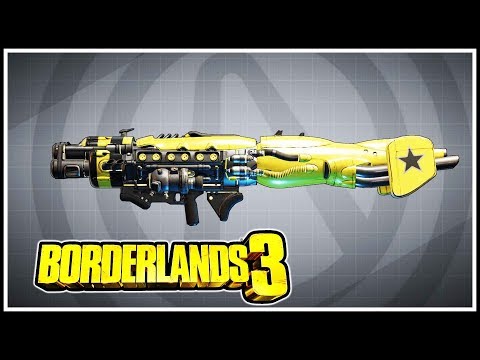 The Quadomizer is a Legendary Weapon in Borderlands 3. This Torgue Rocket Launcher can deal massive damage as it shoots out these big “fireballs”. The downfall of the Quadomizer is that it will cycle through 3 preset elements, therefore it is possible that you will hit an enemy with the wrong type of elemental damage and it won’t be as effective. The projectiles are rather large but travel pretty slow. The size of the projectiles and the spread of the shot make it easier to hit targets.

How to get the Quadomizer?:

The Quadomizer can be obtained from any loot source but has a high chance of dropping from Dreg & Rage. They are the pet dragons of the Mother of Grogans. Who is located at The Anvil on Eden-6.

The Drop Rate of the Quadomizer is 15%

This originally was a guaranteed drop from The Rampager but since the September 27, 2019 hotfix, Gearbox adjusted the drop rate.