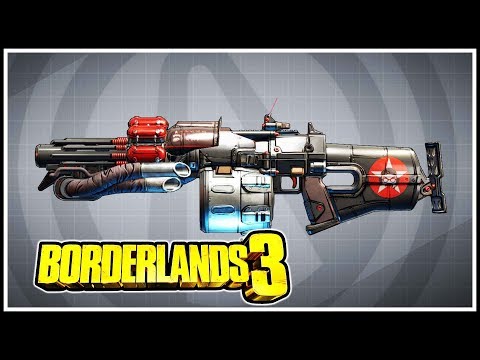 The Redline is a Legendary Weapon in Borderlands 3. This Torgue Shotgun deals raw damage. While the damage is a bit lower compared to other Torgue shotguns the Redline is still a beast. It has a short charge-up time like Maliwan weaponry. Once charged it shoots a barrage of gyrojets. On impact mode, the fire rate is already pretty high but on sticky mode, the fire rate is even faster. While the Redline shoots fast it does have quite a lot of kickback to it.

“I live my life a quarter mag at a time.”
After a short charge up, it shoots missiles in a burst barrage.
Stuck gyrojets deal increased damage. Consumes 2 ammo per shot.

How to get the Redline?:

The Redline can be obtained by farming Road Dog who is located in the Splinterlands on Pandora.

The Drop Rate of the Redline is 10%