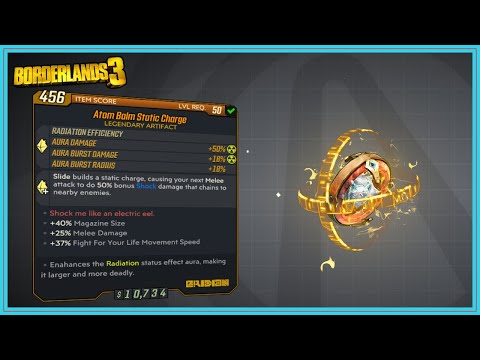 About the Static Charge:

The Static Charge is a Legendary Item in Borderlands 3. This Eridian Artifact adds a chain lightning effect to your melee attacks when you performed a slide. This artifact can be effective against Eridian since they only have shields as a life bar.

How to get the Static Charge?:

The Static Charge can be obtained from any loot source but has a high chance of dropping from Artemis who is located in Floodmoor Basin on Eden-6.

The Static Charge artifact will grant three of the following bonuses: