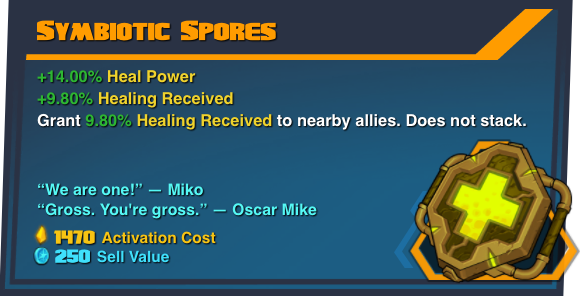 The Symbiotic Spores is a legendary piece of Gear  that increases the Heal Power and Healing Received.

The legendary effect on the Symbiotic Spores will grant bonus healing received to nearby allies.

How to get the Symbiotic Spores ?

The Symbiotic Spores can be obtained by defeating The Conservator who is the final-boss in episode 6 of the story campaign, The Experiment. This piece of gear will drop on Normal and Advanced difficulty.