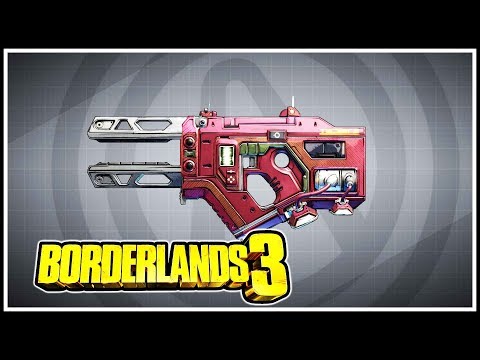 About the Ten Gallon:

The Ten Gallon is a Legendary Weapon in Borderlands 3. This Tediore SMG  turns into a drone when thrown out if you reload. Once the drone is active it can run out of ammo. The next time you reload your ‘Ten Gallon’ it will turn into an ammo clip for your new companion.

none, shock, and cryo

“Let me tell you about my best friend.”
When thrown, it follows the character as a drone while facing the same direction and shoots at enemies.

How to get the Ten Gallon?:

The Ten Gallon can be obtained from any loot source but has a high chance of dropping from the boss GenIVIV who is located on Voracious Canopy Eden-6.

When the drone runs out of ammo, it will continue to follow the character until they reload. The second thrown weapon will turn into a magazine, fly towards the drone and reload it.
The drone will despawn after several minutes but changing weapons will not despawn it.