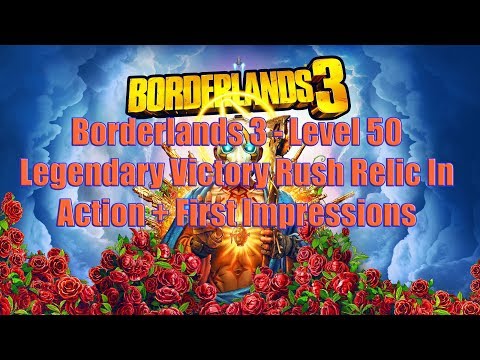 About the Victory Rush:

The Victory Rush is a Legendary Item in Borderlands 3. This Eridian Artifact is better for end-game content when you encounter a lot more badass enemies. Because the legendary effect only triggers when killing a badass. By doing so you will gain increased movement speed and weapon damage for a brief moment. Depending on which prefix drops for you the Victory Rush does provide you with other additional bonuses.

How to get the Victory Rush?:

The Victory Rush can be obtained from any loot source but has a high chance of dropping from Azalea who is located in Jakobs Estate on Eden-6.

The Victory Rush artifact will grant three of the following bonuses: