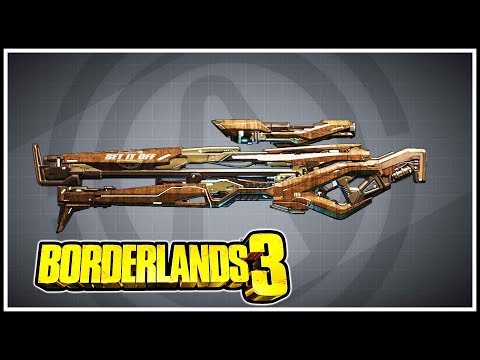 The Woodblocker is a Legendary Weapon in Borderlands 3. This Hyperion Sniper Rifle that acts like a Dahl rifle as it has a 4 round burst. For the first 6-months of the game, the Woodblocker has been one of the meme weapons of the game. This was because of its poor damage output, however, since February 27, 2020, the Woodblocker has received a buff. Gearbox Increased the Critical Hit Damage by 100% and slightly reduced Vertical Recoil.

“You don’t get into woodblocks unless you are ready to f***.”

How to get the Woodblocker?:

The Woodblocker can be obtained from any loot source and has an increased chance to drop from Indo Tyrant who is located in Floodmoor Basin on Eden-6.

The Drop Rate of the Woodblocker is 10%